Please join us as we travel to some of Mike’s favorite destinations. We will be running the usual route that so many of you have become familiar with. As usual, those that cannot make the ride are welcome to join us at the after ride BBQ. Alan says he wants to do something big this year so we will let you know what we come up with.

Hope to see you all on this very special ride!

Looking good for another great day The weather is looking good for tomorrow, high 80’s in Oakhurst. Just got back from my pre-ride and the route looks good, should make for a great ride.

Hope to see you all tomorrow for a nice relaxing ride through some of our favorite roads. Please join us as we travel to some of Mike’s favorite destinations. We will be running the usual route that so many of you have become familiar with. Hope to see you all on this very special ride! Please join us as we travel to some of Mike’s favorite destinations. This year the ride takes us up to Glacier Point in Yosemite National Park.

I’m busy getting the route and maps complete and should have everything up on the site over the weekend.

Hope to see you all on this very special ride!

Today I took my annual ride to remember Mike 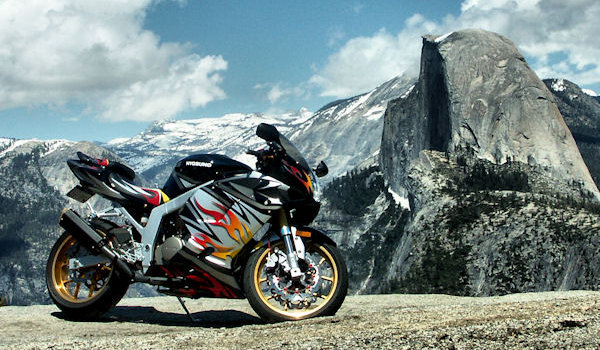 Even though we’ve been stuck in an unbelievably long winter this year, I decided to take a ride up to Mike’s Place at Glacier Point. I’ve been up here with my other bikes, and figure the little Hyosung was due for its pictures from the top of the world. Had a friend join me for the trip and even though it snowed up at the point only a few days ago, we decided to give it a shot.

The roads were actually pretty clear, with a lot of snow along side. After chilling a bit going up Glacier Point road we were greeted with summer type temps when we reached the point.

We took Hwy 140 down through Mariposa on the way home. Running along the Merced river I could see the water sloshing and peaking much higher than normal. The amount of runoff from the snow fall this year is incredible and it was pretty cool checking it out on the way down the mounting.

Thanks for joining me today Doug, it was truly a great ride!!! We will be running the usual route that so many of you have become familiar with. The weather this year has been full of surprises, I’m hoping for some cooler riding weather again this year. More info to follow!!!

No Glacier Point this year 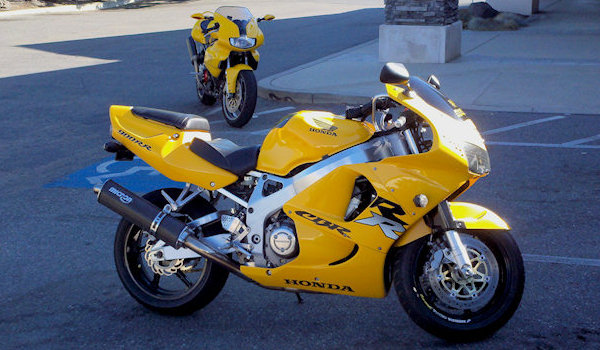 I took a pre ride up to the park to see how far the construction had gone. I had heard reports that it was still west of the Glacier Point turn off and I was hoping to take 140/41 all the way up with out any problems. Unfortunately, we found that the road turns to gravel just outside the tunnel, unsuitable for taking a large group up to the point. So, my plans to bring Friendship Ride back to the point have been thwarted. 🙁 Not to worry, we will be running the standard Friendship Ride loop and save the trip up to the point for another year.

Here are a few pics from the trip, as you can see, gas prices in El Portal are pretty expensive, the road conditions on the way to the point, and the yummy treat waiting for us at Happy Burger on the way back.

I’ve updated the The Ride page with our estimate itinerary for Saturday’s ride. I’ll be doing a pre-ride this week to firm up the plans, but you can get an idea of the route we will be taking. 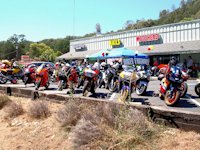 We had a great ride last year and I this year is looking even better. For 2010, we will be riding the original loop all the way up to Glacier Point in Yosemite National Park. One of the local businesses has offered to host the after ride BBQ, I will update the site as I firm up the plans. This year looks to be the best yet, I hope to see you there!

New additions to the gallery

I updated the gallery with pictures from the ’08 ride. Thanks to Thayne from our local forum centralvalleyriders.com for the bulk of these pictures. Seems I was too busy talking to everyone to take many pictures this year. 🙂

I hope you all enjoy the pictures as much as I do.